The ARESIBO Ontology for situational awareness in border security

The ARESIBO ontology focuses on integrating and enriching data from multimodal sources with contextual information at semantic level in the scope of border surveillance operations. It relies heavily on the EUCISE-OWL as well as geospatial related ontologies

The core EUCISE-OWL classes and properties are illustrated in the following figure:

The EUCISE-OWL ontology is a CISE-compliant ontology, which has seven core data entities (Agent, Event, Document, Location, Risk, and Period) and eleven auxiliary ones. The ARESIBO ontology steps on the aforementioned model incorporating the core concepts and increasing the characteristic of reusability.

Representation of a human trafficking incident

The representation of an illegal incident of human trafficking in the ARESIBO ontology is illustrated in the following figure. 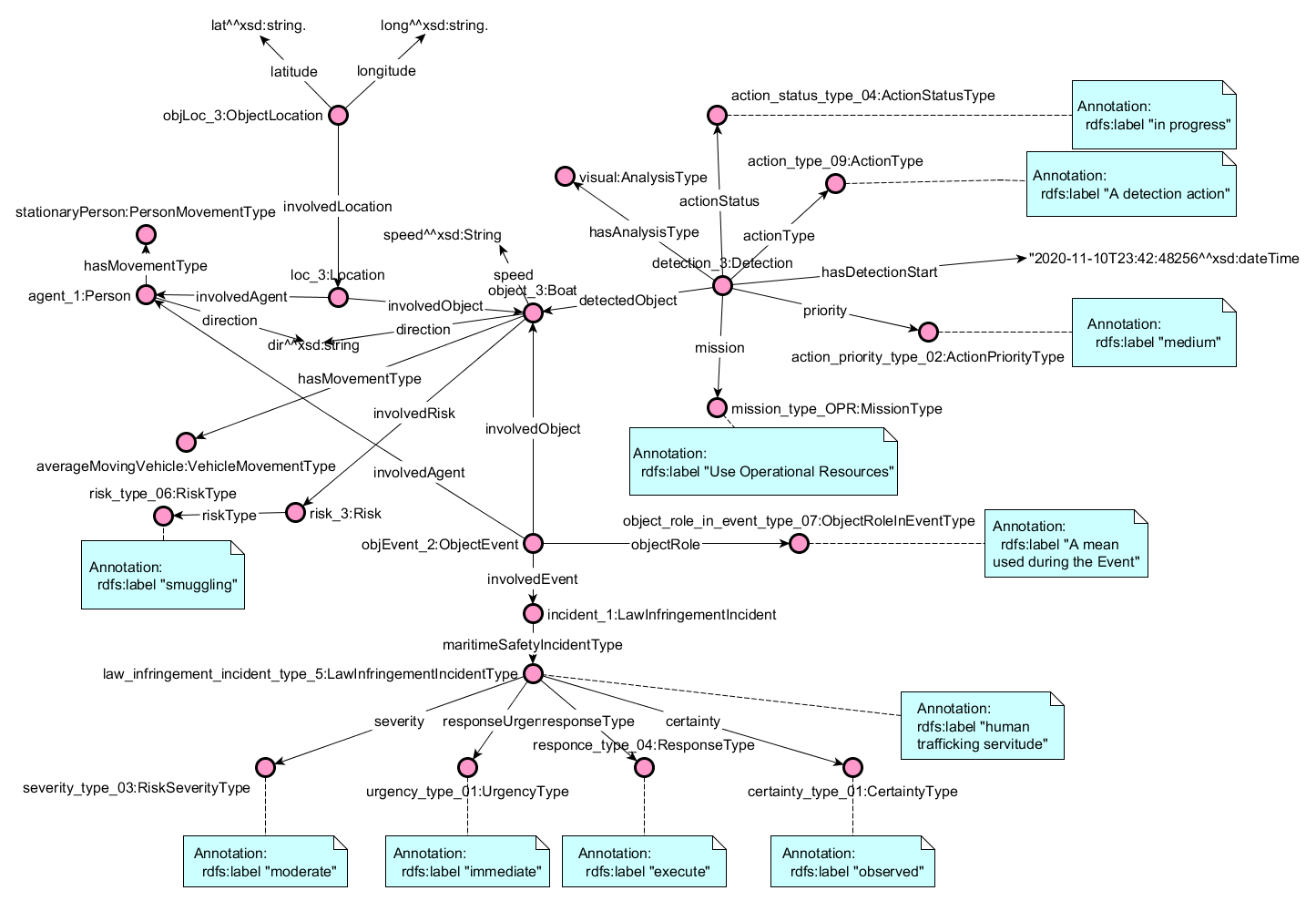 The LawInfringementType is an enumeration that includes trafficking, smuggling, and illegal trespassing and is associated with certain severity, urgency, certainty and response types.

The ARESIBO ontology also encompasses information relevant to the analysis of input data coming from various sensors. The following figure illustrates in an instance the core constructs for representing the information fed to the ontology from the visual recognition module when a vessel has been detected. 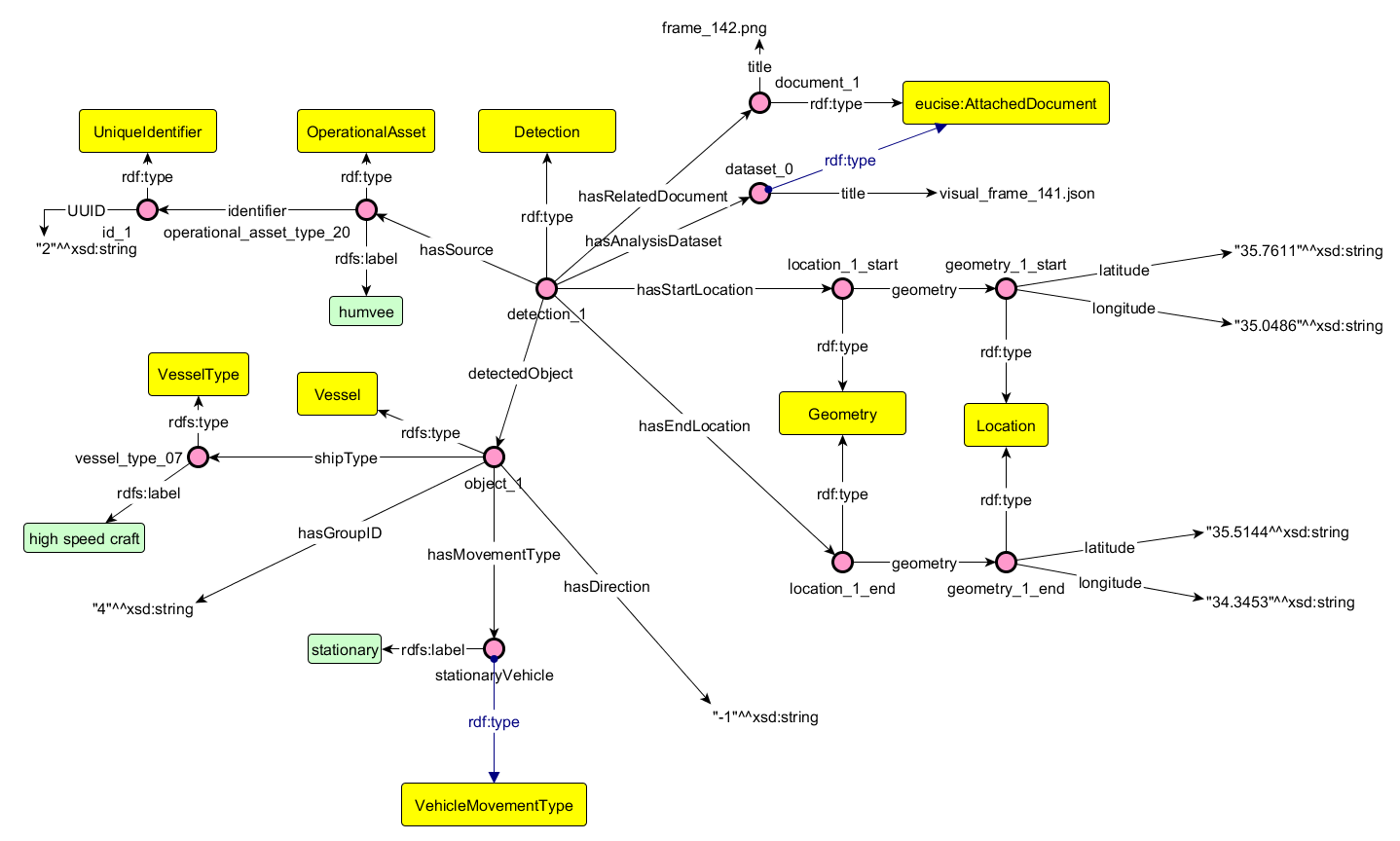 In cases that are relevant to trespassing an area, border crossing we use the notion of Location. Thus, the concept “SpatialContext” is defined to describe the relation between two or more involved instances of SpatialEntity.

The ARESIBO ontology expressed in OWL 2. For developing and deploying the ontology we relied on the following tools: