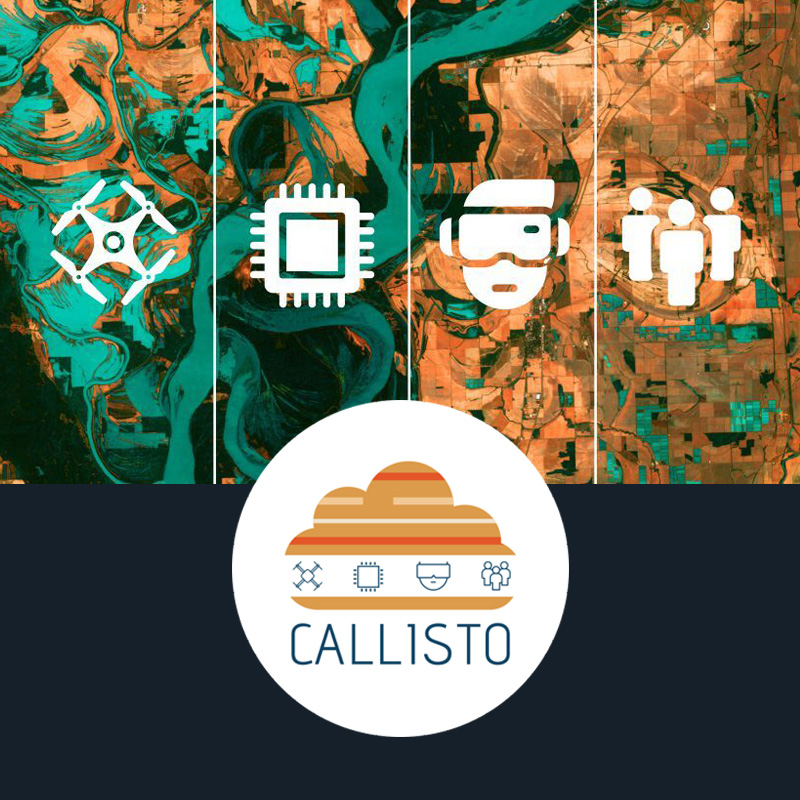 M4D/MKLab of ITI-CERTH is delighted to participate in the newly launched, EU-funded H2020 project CALLISTO – “Copernicus Artificial Intelligence (AI) Services and data fusion with other distributed data sources and processing at the edge to support DIAS and HPC infrastructures”. M4D/MKLab has a significant role in CALLISTO, being the scientific and technical coordinator, as well as leading one Work Package and several tasks, including social media data collection, change detection on satellite and UAV images, data fusion, and information retrieval.

The EU-funded H2020 project CALLISTO aims to bridge the gap between the DIAS providers and the users of the above-mentioned data through dedicated AI solutions that add value to the large volumes of satellite data frequently coming to Earth from the Copernicus Sentinel constellation.

CALLISTO has the ambition to enable virtual presence and situational awareness in any desired area of interest, through Virtual, Augmented and Mixed Reality solutions. To this purpose, Earth Observation data from ONDA DIAS are combined with data from heterogeneous distributed sources (including crowdsourced data, videos from Unmanned Aerial Vehicles and data from in situ sensors) through machine learning and data fusion technologies; the outcomes are semantically-enriched and served to the public in interactive interfaces, mobile and Mixed Reality apps, creating a novel and innovative immersive environment for the Copernicus market.

CALLISTO will be pilot tested in different operational environments with the support of the partners Deutsch Welle (bringing innovation in journalism), De Watergroep (public drinking water company in Flanders), SMAT Group (water utility managing authority in Turin), the European Union Satellite Centre (Common Security and Defence Policy), and the National Observatory of Athens (for the monitoring of the implementation of the Common Agricultural Policy – CAP).

The project brings together 16 partners from 7 European countries and South Korea representing industry, SMEs and academia. On the 1st of January 2021 the CALLISTO consortium launched the project, and on the 28th and 29th of January they organized the online kick-off meeting. During this meeting, the partners discussed about the best way to exploit current AI technologies in order to provide enhanced scalability and timely services to water utility operators, journalists, EU agriculture and CAP policymakers, and security agencies. Furthermore, they planned and prepared the framework of activities of the strategic partnership and agreed on the common goals and results.