The Object Detection Tool focuses on recognizing objects (e.g., cars, boats etc.) from visual content captured from various optical sources/sensors such as cameras mounted on UAVs, CCTVs etc. The tool involves two interconnected layers: (i) image classification which refers to the prediction of the object’s class and the corresponding confidence score and (ii) localization of the object in the image plane through the prediction of a bounding box that encloses each detected instance.

The Object Detection Tool relies on the continuous and on-going research work of our group [1]. A general-purpose object detector is initially focused on objects being acquired on a first-person perspective. Nonetheless, the concurrent progress in the field of robotics demands the development of special-purpose algorithms aiming at implementation in systems with lower resources available and/or processing aerial images from UAVs [2]. As a result, the Object Detection Tool can also be utilized for more sophisticated perspectives and acquisition angles such as from UAVs where camera’s position is dynamically changing.

The service involves a specialized trained Faster RCNN [3], which has been proven to be highly robust and produce a well-generalized and effective model, with a Resnet101 [4] backbone to report an inference time of 106ms per image on COCO dataset. The tool was trained with approximately 20.000 images from publicly available datasets such as UAV123, VisDrone, Virat and UCF aerial action datasets and private datasets to further improve the accuracy of the detected objects of interest. The objects of interest setlist includes a generic class for people, and for most common land, (e.g. cars, trucks, buses, motorcycles) and maritime vehicles (e.g. regular boats, ships, speedboats, inflated boats). The datasets for the training process of the model relied on cameras with fixed location (specific point and height), cameras under motion (e.g. hand-held, mobile phones etc.) or mounted on an UAV.

Indicatively, a local system can incorporate such capacity without the need to connect to a remote server or a cloud service. The users can provide their own video files as input and an output video file with the confidence score of the detected objects in their bounding boxes will be produced. In addition, the tool can also process visual streams in a (near) real-time depending on the available hardware configuration. For further information, please feel free to contact us directly. 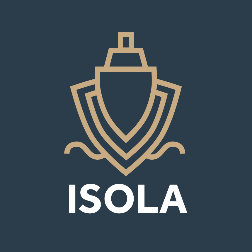